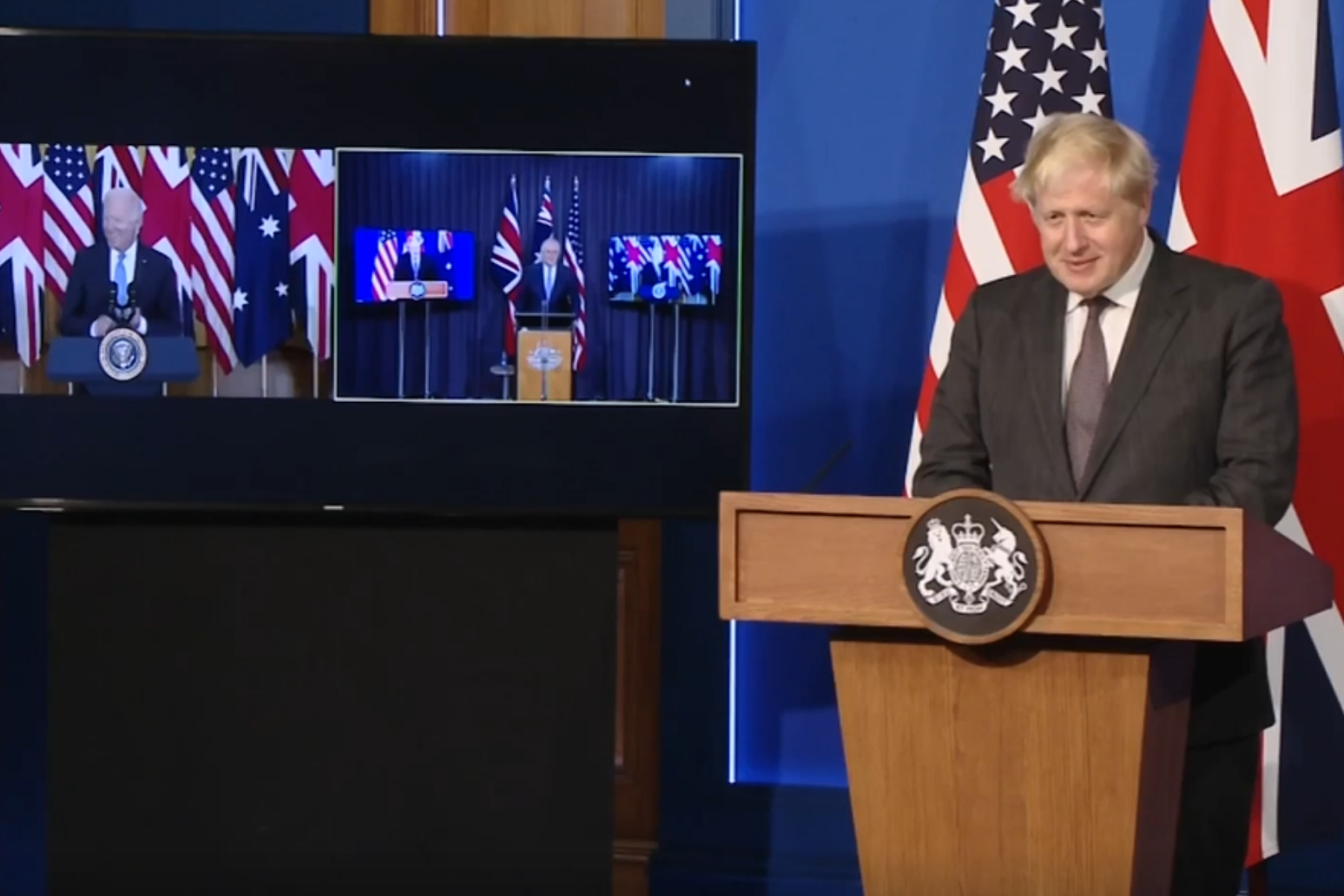 The partnership will be known by the acronym ‘AUKUS’

The UK has announced a new defence partnership with the US and Australia as Western allies look to keep a check on China’s growing power in the Indo-Pacific.

Mr Johnson said the alliance, known by its acronym Aukus, would work “hand-in-glove to preserve security and stability in the Indo-Pacific”.

China was not mentioned in the cross-continental briefing but there was frequent reference to the changing situation in the region.

Tom Tugendhat, Conservative chairman of the Commons Foreign Committee, said: “The reason for all this is clear – China.”

He tweeted: “After years of bullying and trade hostility, and watching regional neighbours like the Philippines see encroachment into their waters, Australia didn’t have a choice.”

Earlier this year, in the integrated review of security and foreign policy, the UK Government outlined plans for a “tilt” in focus towards the Indo-Pacific, with aircraft carrier HMS Queen Elizabeth being deployed on a voyage east – a decision said to be about sending a message to Beijing and Russia about Britain’s own military strength.

Speaking from Australia, Mr Morrison said the world was “becoming more complex, particularly in our region, the Indo-Pacific”, and said the future of the geopolitical area “will impact all our futures”.

Mr Biden, who thanked “Boris” and “that fella Down Under” for their contributions, said the “future of each of our nations, and indeed the world, depends on a free and open Indo-Pacific enduring and flourishing in the decades ahead”.

Downing Street hailed the agreement as a “landmark defence and security partnership” and said it would “protect and defend our shared interests in the Indo-Pacific”.

Officials said working closer together would allow for an increase in technology sharing and “foster deeper integration of security and defence-related science, technology, industrial bases and supply chains”.

The first initiative under Aukus will be for the three allies to work together to secure nuclear-powered submarines for the Royal Australian Navy – a move that will increase Western security capabilities in the Pacific.

The initial scoping phase for the submarines is expected to take 18 months, with the UK Government predicting the programme will “create hundreds of highly skilled scientific and engineering roles” across the country, as well as driving investment in high-tech sectors.

In a live broadcast from Downing Street, the Prime Minister said the partnership would make the world safer.

Mr Johnson said: “I’m delighted to join President Biden and Prime Minister Morrison to announce that the United Kingdom, Australia and the United States are creating a new trilateral defence partnership, known as Aukus, with the aim of working hand-in-glove to preserve security and stability in the Indo-Pacific.

“We are opening a new chapter in our friendship.

“Perhaps most significantly, the UK, Australia and the US will be joined even more closely together, reflecting the measure of trust between us, the depth of our friendship, and the enduring strength of our shared values of freedom and democracy.

“Now the UK will embark on this project alongside our allies, making the world safer and generating jobs across the United Kingdom.”

Mr Johnson said Scotland and parts of the north of England and the Midlands would feel the benefit of the work on the nuclear-powered submarines, with the Government keen to exploit the Royal Navy’s decades-worth of knowledge of using such machines.

At a later press conference in Canberra, Mr Morrison said it was undecided if Australia would purchase British-built BAE Systems Astute class submarines or the Virginia class vessels constructed in the US.

French foreign minister Jean-Yves Le Drian and armed forces minister Florence Parly said in a statement issued by the country’s embassy in Canberra that it had taken note of Australia’s decision to halt the Future Submarine programme with France.

“This decision is contrary to the letter and spirit of the cooperation that prevailed between France and Australia, based on a relationship of political trust and on the development of a very high-level defence industrial & technological base in Australia,” the statement added. 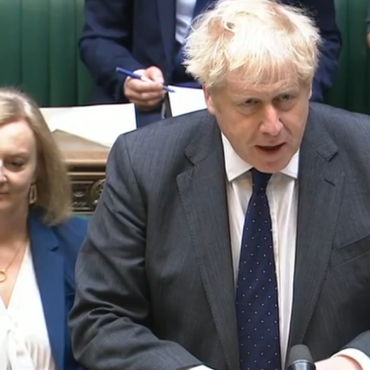 Boris Johnson has insisted Britain’s new defence pact with the United States and Australia is not intended as an “adversarial” move against China. In a ground-breaking agreement (Aukus) the three allies agreed to co-operate on the development for the first time of a fleet of nuclear-powered submarines for the Australian navy. The move, widely interpreted as an attempt to check China’s growing military assertiveness in the Indo-Pacific, was swiftly condemned […]