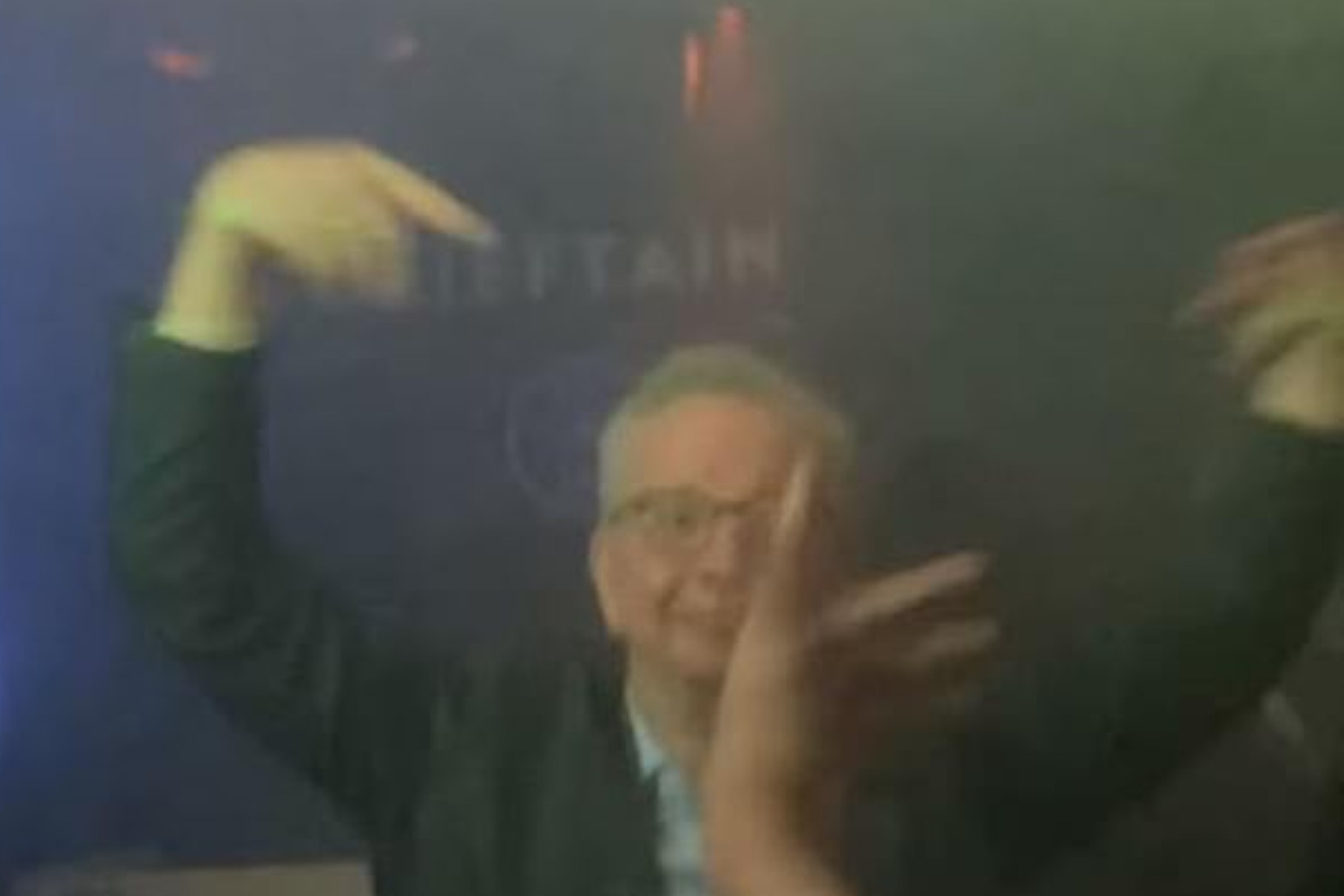 Craig Revel Horwood rated the politician’s moves to be a three out of 10, but gave Mr Gove the maximum score possible for “enjoying himself”.

The Chancellor of the Duchy of Lancaster, 54, was spotted dancing in a dark suit with no tie at the Pipe club night in Aberdeen, with the venue posting a video on Facebook showing him throwing shapes on the dancefloor.

He told the studio panel: “I think it is absolutely hilarious and I have got to say this, that I have to embrace people going out and enjoying themselves and dancing, no matter in what form.

“However, there is a technical issue here, darling, as well. As a judge on Strictly Come Dancing, I can only comment technically on it.

“I don’t care how people dance, in that respect. But if you are going out to a nightclub at some ungodly hour in the morning, 1.30 in the morning … and you get filmed doing this sort of dancing, then it is your own fault, quite frankly.

“I would say he should be a little bit more technical if you are going to be in public doing it. At least rehearse it at home, I would say.”

Revel Horwood, who has been a member of the Strictly judging panel since the BBC show’s inception in 2004, said the problem with Mr Gove’s dancing came from his “core”.

He said: “There isn’t a real urgency or inner rhythm there, so he is trying to compensate that with the flick of a wrist and he does that over and over again – and that becomes very repetitive to watch.

“I know he was out enjoying himself and for that I would give him a 10 to encourage anybody to go out there.

“But as a technical scenario, I think the only possible score I could give him is a three.”