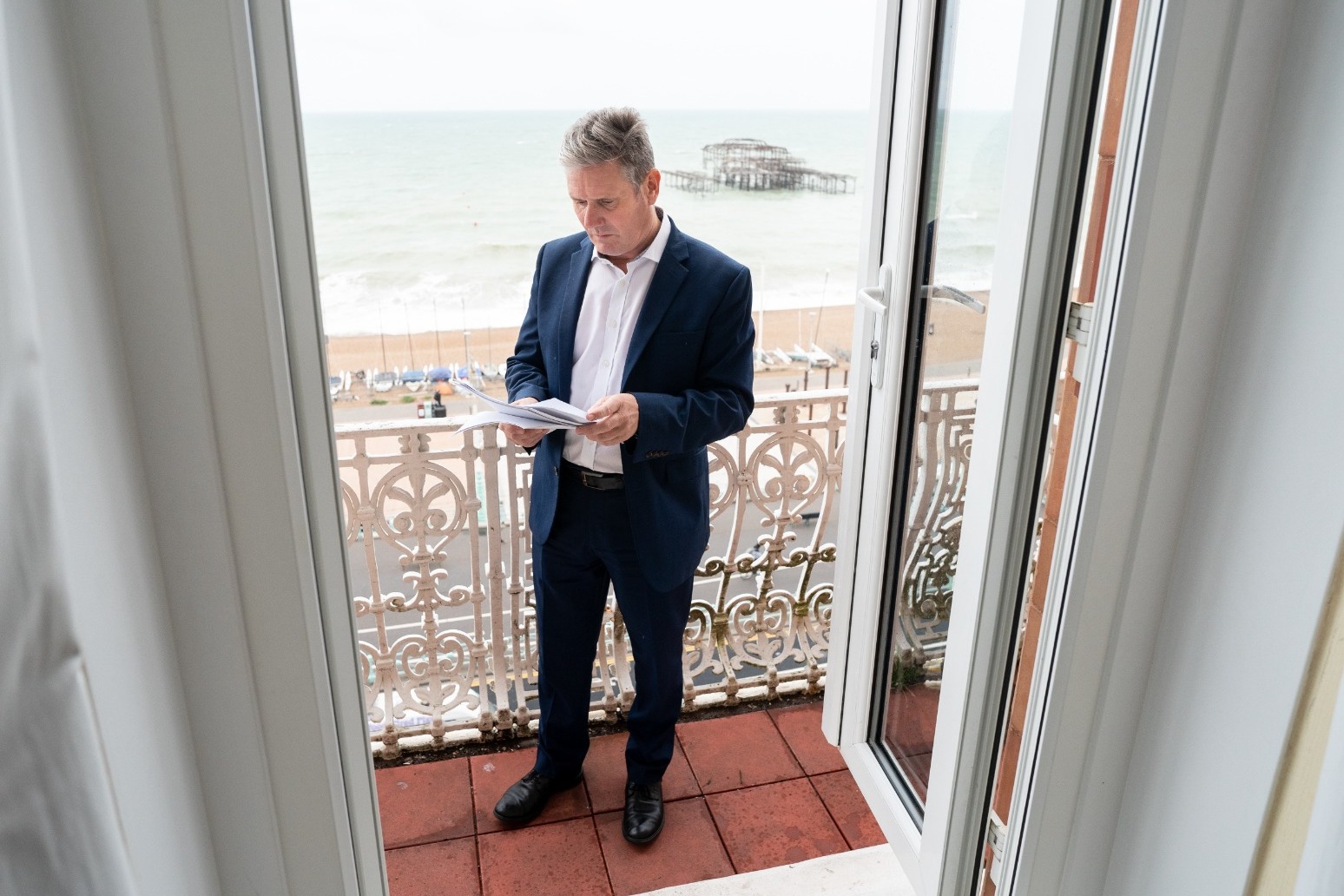 Sir Keir Starmer has denied that he is leading a more divided Labour Party than ever after the split with the left deepened when a shadow cabinet member dramatically quit mid-conference.

The Labour leader insisted winning elections is more important than unity as he said Andy McDonald was “wrong” to allege the divide has widened within the party since he took over from Jeremy Corbyn.

But Sir Keir risked further damaging relations with the left of the party by opposing a £15-an-hour minimum wage – one key reason Mr McDonald cited in his resignation.

He did not support a motion brought by the Unite union at the party conference in Brighton calling for a raise, instead sticking by plans to demand an increase to £10.

The Unite motion, which Sir Keir did not get to vote on, was supported overwhelmingly by delegates in the conference hall, showing a further rift between the leadership and the grassroots.

Sir Keir was also refusing to reinstate the party whip to Mr Corbyn until he apologises for his controversial remarks in response to a report on antisemitism within the party.

The leader denied he was happy to see the departure of Mr McDonald, the last ally of the former leader in his top team, and insisted he was incorrect to claim “our movement is more divided than ever”.

Speaking in Brighton, Sir Keir said: “He is wrong about that, but my focus is on how we get Labour into position to win a general election.”

He defended the “tough decisions to change our party”, which included changing the rules to mean any future leadership contender would need greater support from Labour MPs, in a move seen as an attempt to shut out radical challengers.

Sir Keir accepted “there will be some people who don’t agree with those changes” but urged critics to “abide by them”.

Labour sources have suggested there was no sense of sadness in the leader’s office to see Mr McDonald go, but Sir Keir said “I’m not happy to see him go, I thanked him.”

Asked what is most important to him, unity within the party or winning, Sir Keir said: “Winning. Winning a general election.

Sir Keir has also angered the left by shelving Labour plans for the nationalisation of major energy firms, after committing to “common ownership” during the leadership campaign.

The Labour leader insisted common ownership and nationalisation are “worlds apart” and said the pledges he made to party members remain “values that I hold dear”.

“I stand by the principles and the values behind the pledges I made to our members, but the most important pledge I made was that I would turn it into a party that would be fit for government, capable of winning a general election, I’m not going to be deflected from that.”

Mr Corbyn’s allies say the key move for reuniting the party is to reinstate the whip to the former leader, who has sat as an independent MP since October.

But Sir Keir said Mr Corbyn cannot return until after he apologises for saying antisemitism had been “drastically overstated for political reasons” in response to a damning report into the issue under his leadership.

“It has been going on for months and the ball is in Jeremy’s court,” the leader, who took over the party in April last year.

“Jeremy was asked to apologise, to take down the post that caused the problem in the first place and to work with us.”

The round of broadcast interviews overlooking the sea came as the left-wing bakers’ union announced it would disaffiliate from Labour.

Members of the Bakers, Food & Allied Workers Union took the decision as it said the party had “travelled away” from the aims and hopes of working class organisations.

Mr McDonald said he was “overjoyed” that party delegates passed the call for a £15 minimum wage and challenged Sir Keir to adopt the position “if the Labour leadership respects party democracy”.

His resignation a day earlier overshadowed Labour’s efforts to set out crime and health policies at the gathering in Brighton.

Shadow Scottish secretary Ian Murray accused his former colleague on the front bench of a “planned sabotage of conference, rather than it being about any principle”.

At a conference fringe event, Mr Corbyn said he had several conversations with Mr McDonald on Monday but denied they were part of a plot.

“If it had been a deep-laid Machiavellian plot to announce a resignation on a particular afternoon in Brighton, it would’ve leaked out weeks ago,” the MP, who had his Labour membership reinstated, said.