Recognising Muslim heroes could boost recruitment to the military 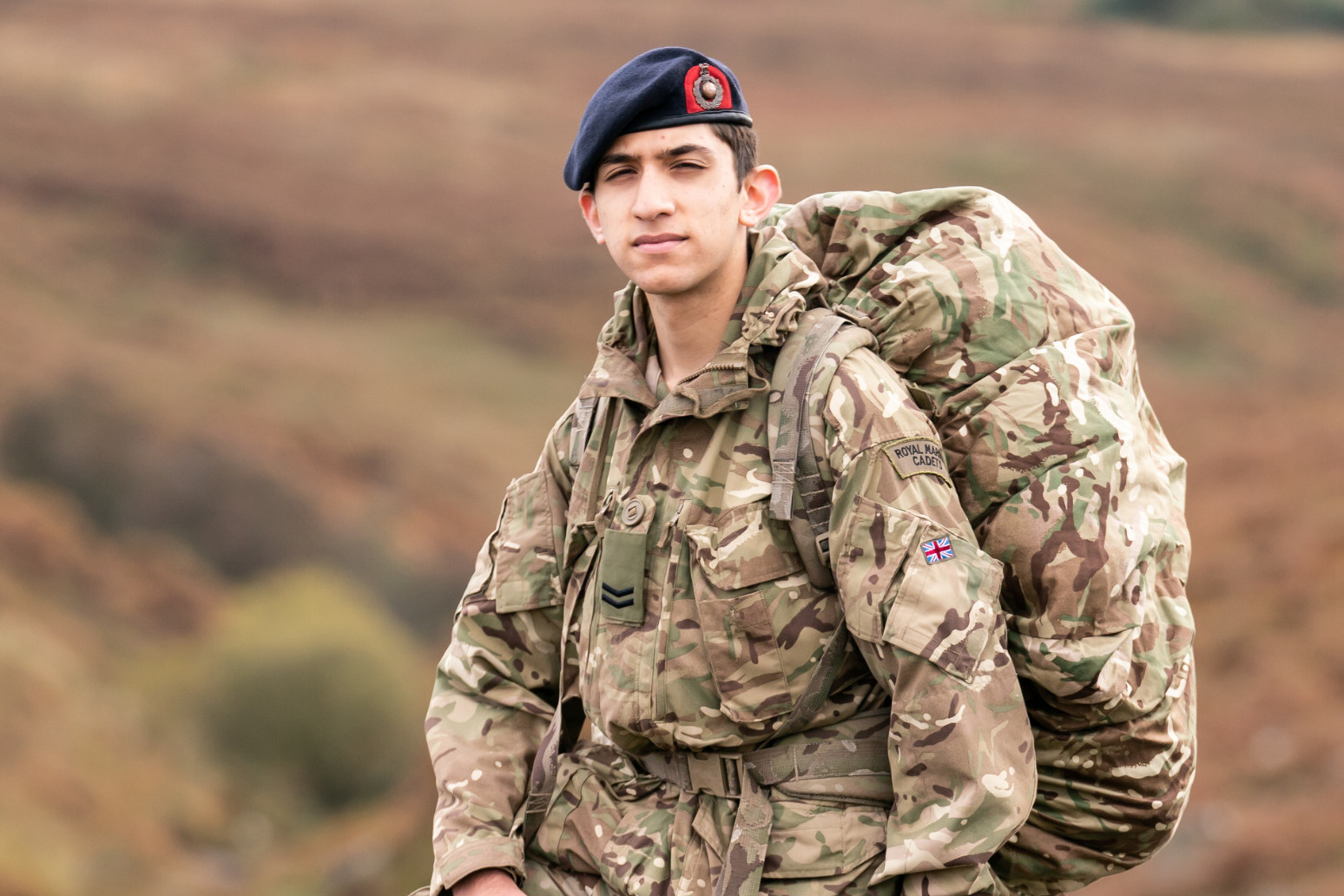 An intrepid, teenage Royal Marines cadet has said he hopes a better understanding of the stories of Muslim heroes in the British military will inspire more Asian youngsters to join up, as he prepares for a leading role in this year’s remembrance ceremonies.

Salahudeen Hussain, 16, is thought to be the youngest person to complete the gruelling Special Forces selection march known as the Fan Dance, in the Brecon Beacons, when he was 15.

Now Sal is preparing to be installed as the Lord Lieutenant’s Cadet, a role which will involve him accompanying the Queen’s representative in South Yorkshire, including during the ceremonies to mark Remembrance Day in his home town of Sheffield.

The cadet corporal is hoping to join the Royal Marines Reserve as an officer, and pass selection for the elite SBS Reserves, when he begins a degree in medicine after his sixth form studies at Birkdale School, in Sheffield. And he is considering applying to join as a regular officer in the future.

Sal said he has developed a keen interest in Muslim winners of the Victoria Cross (VC) medal and believes their stories would inspire youngsters if they were more widely known.

“I’ve had to do lot of digging myself,” he said. “My dad and I went to the Imperial War Museum and, on the top floor, they have a place dedicated to VCs and there are a number of cases that commemorate these Muslim soldiers.

“But it’s something you don’t see talked about. They’re often left out of history books and the school curriculum.

“But I think it’s important people know about them.”

Sal said: “I know a lot of young Muslim and Asian people in this country often feel a kind of a disconnect to things like the military.

“But I know that, if everyone knew how involved their ancestors and people like them were, they would want to join up and wouldn’t feel like they couldn’t.”

The teenager said he was particularly inspired by heroes like Fazal Din, of the British Indian Army, who was killed in action in 1945 and awarded the VC.

He said: “He was mortally wounded by a Japanese officer while clearing out a bunker, stabbed straight through the chest by this officer using a katana.

“And he proceeded to remove the sword, kill the officer and then lead a charge to countless other bunkers before filing his report and, unfortunately, dropping dead.”

Sal joined the Sheffield detachment of the Royal Marines Cadets in 2018 as he began to study for his GCSEs.

He said: “I’d been bullied quite badly and I wasn’t really in a good spot but my dad found out about the cadets and he approached me about the idea.

“I didn’t want to go, I just hated it. It was vastly outside of my comfort zone. But he sat me down and told me I was free to decide between going and going, so I decided to go.

“And, honestly, it was the best decision I ever made. The opportunities it has opened up for me have been immense.”

Sal is due to be formally appointed to his role as the Lord Lieutenant’s Cadet in a ceremony at Sheffield’s Endcliffe Hall, on Thursday.

And he is planning another fundraising adventure after his Fan Dance achievement earlier this year raised more than £6,500 for his cadet unit and SBSA (Special Boat Service Association).

SAS and SBS candidates have to complete the route march on a 15-mile course up and around the 2,907ft peak carrying a 16kg pack.

Next year, he will attempt the legendary march from Spean Bridge railway station to the former commando training centre at Achnacarry Castle, in the Lochaber district of Scotland, in the footsteps of Second World War prospective commandos.

The recruits would speed-march the seven miles to the training centre in full kit with their weapons, weighing about 16kg. Anyone not completing the route within 60 minutes was kicked out.

Sheffield detachment commander, Sgt John Daley, praised Sal for his work to highlight the contribution of Muslim soldiers and said it was an important element of recruitment.

“I think he’s bringing it to the forefront,” he said. “It’s massively important that we remember people from across all society, and different backgrounds, who have supported Great Britain through the toughest times.

“I think it’s forgotten quite a lot.”

Sgt Daley said: “And I’d like to see more young people from all kinds of backgrounds joining us. We want to represent our city as best we can and that is from every background.

“We are quite proud of the diversity we’ve got within the detachment but that can always be improved.”

Commodore Phil Waterhouse said: “As the Royal Navy’s lead officer for Cadets, I am delighted to hear of Sal’s experiences which are wholly in keeping with those who benefit from the inclusive nature of the organisation.”

A Royal Navy spokesperson said: “Cadets form a vital part of the communities they represent and Sal’s story is reflective of many who continue to explore the opportunity for fun and personal development in a maritime setting.” 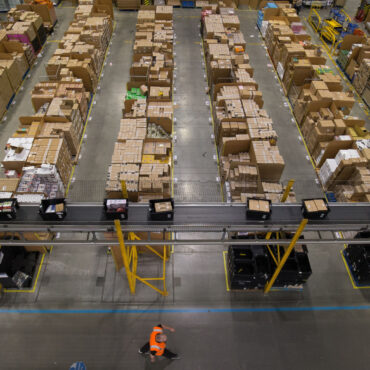 It could have affected more than one million households, according to the consumer group, Which? More than one million UK households may have fallen victim to a scam known as “brushing” after receiving mystery Amazon parcels designed to boost the rankings of third party sellers. Consumer group Which? said it was concerned at the numbers of households reporting receiving a mystery Amazon package at their home address that they did […]