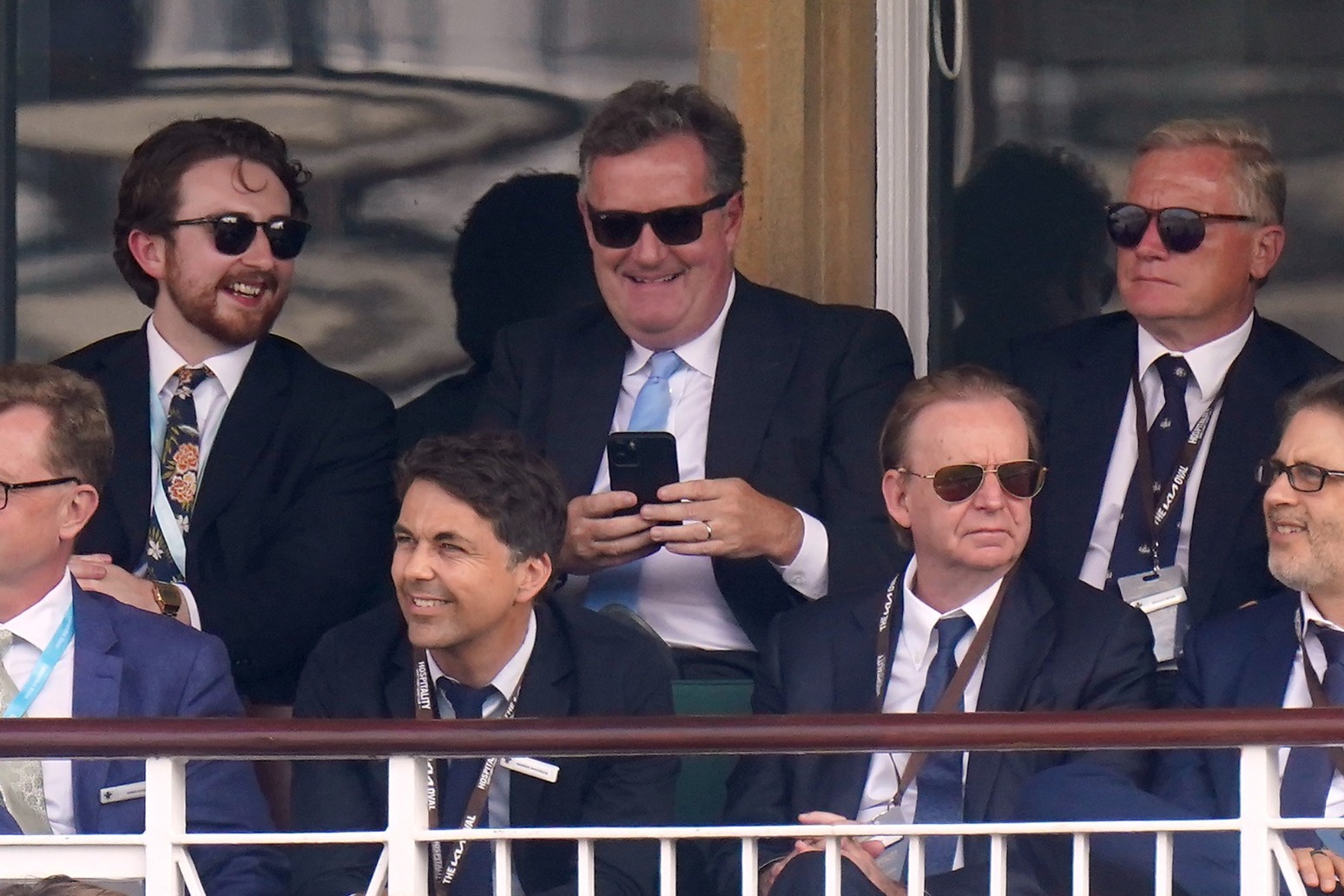 They were at a cricket test match

Piers Morgan has been pictured with ITV’s director of television, Kevin Lygo, days after his comments about the Duchess of Sussex were found not to have breached the broadcasting code.

They were seen sitting in the same box at The Oval cricket ground in London during England’s fourth test against India on Friday.

Morgan, 56, left Good Morning Britain in March following a row over comments he made about Meghan’s interview with Oprah Winfrey.

In the interview she said she was ignored when she raised concerns about her mental health and suicidal thoughts, and alleged that racist comments had been made before the birth of her son Archie.

His comments sparked more than 50,000 complaints, the most in watchdog Ofcom’s history.

However, the programme was cleared on Wednesday, prompting Morgan to ask: “Do I get my job back?”

It was previously understood that while Morgan will not be invited back to host Good Morning Britain, ITV will continue to work with him on his celebrity interview programme Piers Morgan’s Life Stories.

Ofcom said his comments were “potentially harmful and highly offensive” but were thoroughly challenged by his co-host Susanna Reid and ITV News’s royal editor Chris Ship during the programme.

The judgment said: “The code allows for individuals to express strongly held and robustly argued views, including those that are potentially harmful or highly offensive, and for broadcasters to include these in their programming.

“The restriction of such views would, in our view, be an unwarranted and chilling restriction on freedom of expression both of the broadcaster and the audience.”

Speaking outside his London home following the judgment, Morgan said he would make a decision “quite soon” about where his next job will be.

He added: “I have had loads of offers and they have accelerated in the last 10 hours, as you can imagine, and I will take my free-speech campaign around the world and all I require is to have an employer who believes in it as passionately as I do.”

Since Morgan’s departure, ITV has not hired a replacement and instead has featured a rotating cast of presenters, including Adil Ray and Richard Bacon.

In April, Mr Lygo told Deadline there was not a single person who could replace Morgan on Good Morning Britain.

He said: “Piers is a special thing. You can’t replace somebody like him. There is nobody like Piers, for good or bad.

“We have a roster of presenters, including Ben (Shephard), Susanna (Reid), Charlotte (Hawkins) and Kate (Garraway).

“They’re all stepping up and doing a few more days than they would have done.

“We’ll mix and match until we feel what the right thing is to do. There isn’t a single person (who can replace him).” 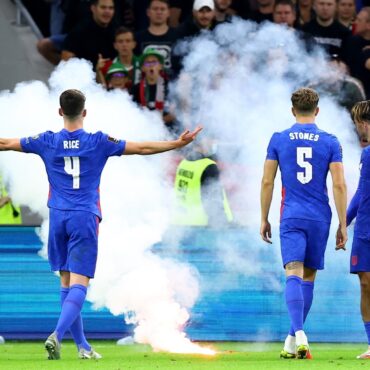 'FIFA and UEFA should have worked together' FIFA and UEFA should have worked together to protect England’s players from the “preventable and predictable” racist abuse they suffered in Hungary on Thursday night, according to the chief executive of Kick It Out. Raheem Sterling and Jude Bellingham were targeted by monkey chants during the match in Budapest, which England won 4-0. Tony Burnett said the governing bodies of world and European […]