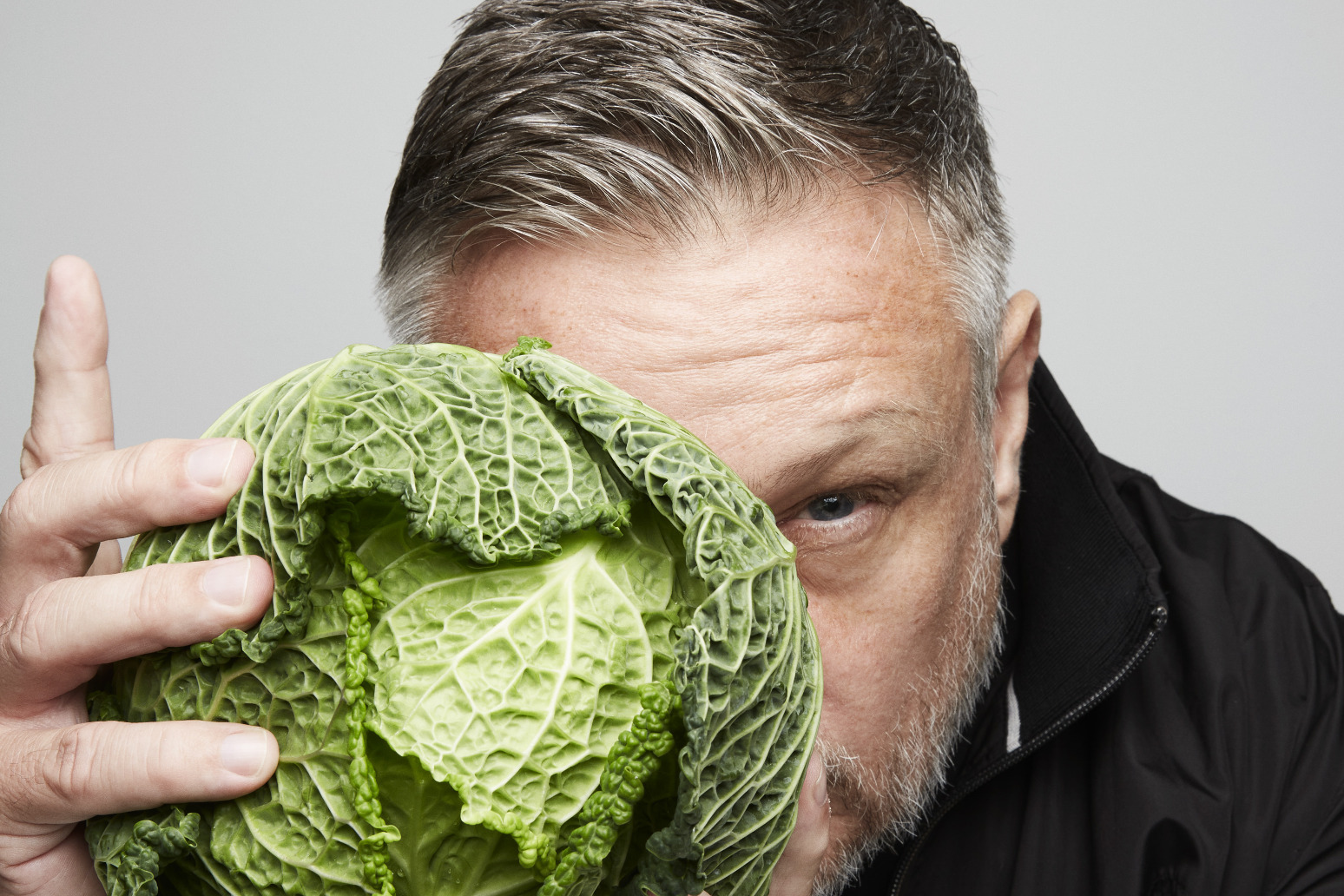 The photographs show food waste which has been formed into bottles

Photographer Rankin is putting the focus on the impact food waste has on the planet with a new series of pictures showing leftover produce fashioned into the shape of bottles.

He and his team including used items included pancakes, cucumbers, strawberries and loaves of bread for the images – which were taken to highlighted the damaging impact food waste can have on climate change.

Sending one kilogram of leftover food to landfill produces the same amount of carbon emissions as doing this for 25,000 500ml plastic bottles.

But with 86% of Scots unaware of impact failing to correctly dispose of leftover food can have on the planet, Rankin – who has photographed the Queen as well as supermodels Kate Moss and Heidi Klum and celebrities such as Madonna – released the new series of images in a bid to boost awareness of the issue.

The photographs, released ahead of the global Cop26 climate summit in Glasgow, show food waste which has been formed into bottles.

Rankin stated: “Like many people, I had no idea that food waste is a bigger contributor to climate change than plastic. It’s quite literally feeding an epidemic that’s killing our planet.

“It’s time we viewed food waste through the same, if not a more dangerous lens, than single-use plastics.”

He added: “Shooting the plastic bottles out of food waste is my way of bringing this misconception into focus, especially when the solution is simple – just reduce the amount of food you throw away.”

Iain Gulland, chief executive at Zero Waste Scotland, said: “The sea change in attitudes to plastic over the last few years has been one of the most dramatic shifts in public consciousness around the environment we’ve ever seen. The same shift now needs to happen for food waste.

“Our research shows that most Scots think they are doing what they can for climate change, but the majority are unaware of the massive impact of food waste.

“We know people want to do their bit for the environment so our message is this – the easiest way you can fight climate change is by reducing the amount of food you waste. It’s as simple as that.”

Lawyers for the Duke of York are seeking to dismiss a lawsuit brought by Virginia Giuffre, with the royal saying he “unequivocally denies” sexually abusing or assaulting her. Ms Giuffre has claimed she was trafficked by convicted sex offender Jeffrey Epstein, the duke’s former friend, to have sex with Andrew when she was aged 17 and a minor under US law. The allegations, which Andrew has repeatedly denied, have been […]