Flood warnings in force as Britain heads for wet weekend 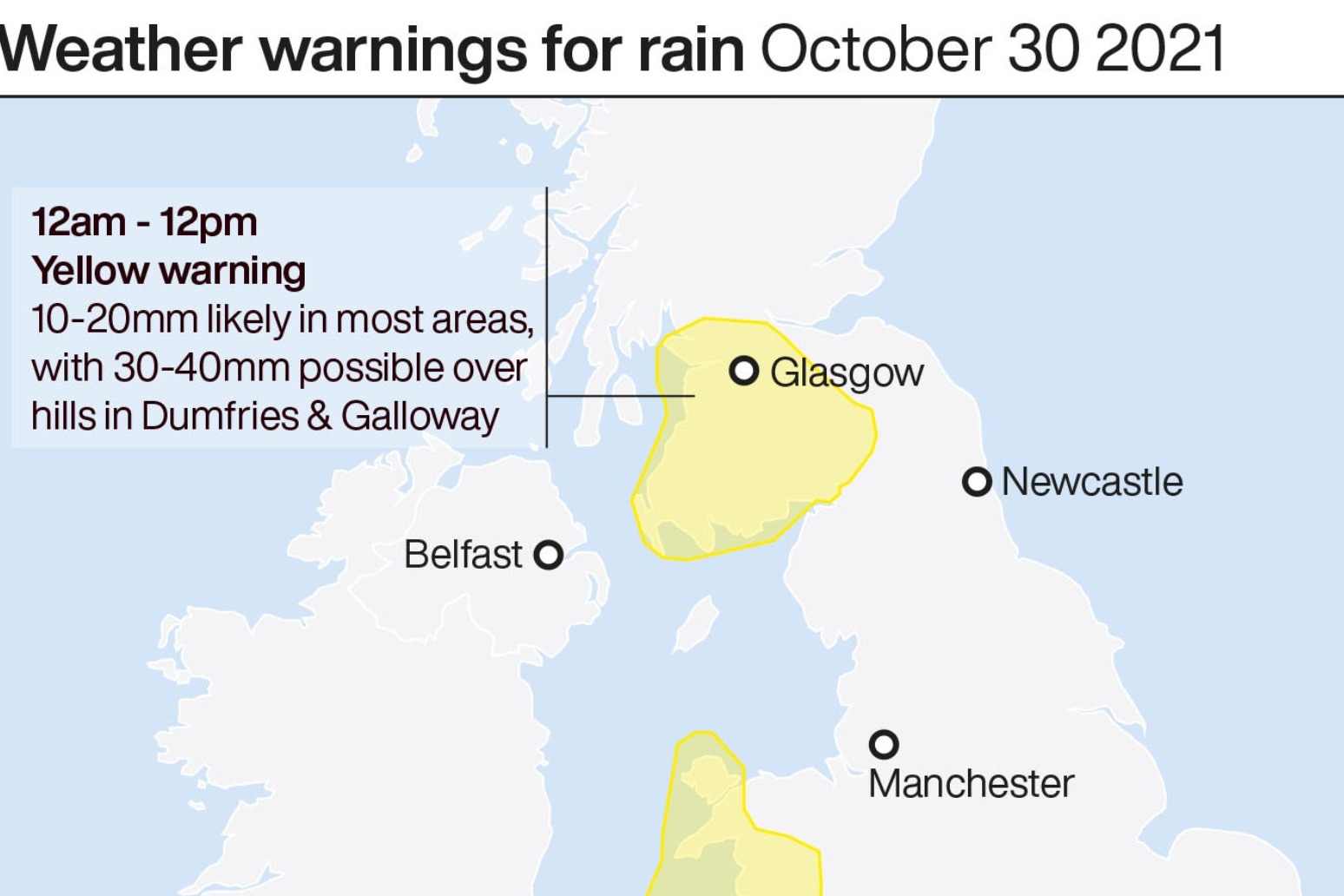 Flood warnings are in place in parts of the north, south west and southern England – and parts of southern Scotland.

Millions of people across the UK have been warned over the risk of flooding, with predictions of a wet weekend ahead.

Flood warnings are in place in parts of the north, south west and southern England – and parts of southern Scotland.

More heavy rain is expected into Saturday, falling on already saturated ground in some parts.

A clear-up was under way on Friday after localised floods hit Cumbria and southern Scotland.

Two bridges were washed away, around 40 properties flooded, homes evacuated and roads and rail transport all disrupted following very heavy downpours on Thursday and into Friday.

These are spread across parts of the north, south west and southern England.

Ben Lukey, flood duty manager at the Environment Agency, said: “Flooding is devastating so whilst we are pleased 1,450 properties have been protected, our thoughts are with the 40 households who have suffered.

“The public need to stay on alert this weekend and into early next week as surface water and river flooding could still bring disruption in the south west as well as part of northern England.

“Environment Agency teams have been out on the ground clearing grilles and screens where flood debris can build up and impede river flows, and stand ready to operate flood defences if needed.

“Working with our partners in local resilience forums, we are supporting emergency response to keep people safe where flooding does occur.

“We are urging residents and visitors, especially holidaymakers in the Lake District and elsewhere, to stay alert and check their flood risk by signing up for free flood warnings on the Gov.uk website and via @EnvAgency on Twitter, which offer the latest updates.”

Cumbria County Council said around a dozen roads were closed, but staff had been working overnight to assess routes and inspect bridge closures.

Farther north over the border, speed restrictions were imposed by Network Rail Scotland on the West Coast mainline on Friday morning after extreme rainfall.

By Friday evening, the speed restrictions were lifted and Avanti West Coast said the service was now back to normal – advising passengers to check before they travel and that a normal service is planned for the weekend.

An update from Network Rail Lancashire and Cumbria said services are now running as normal on the West Coast mainline from London Euston to Glasgow and Edinburgh.

The Met Office has issued a yellow weather warning for a huge area stretching from Manchester, across Lancashire and Cumbria and up to Glasgow and Edinburgh in Scotland, with heavy rain and some disruption possible due to flooding on Friday.

Another period of heavy rain is expected to affect central and south-west Scotland from early on Saturday, the Met Office said, with 10-20mm predicted to fall quite widely across the warning area, much of this falling in only a few hours, and onto already wet or saturated ground.

Heavier rainfall of 30-40mm is possible across parts of Dumfries and Galloway, mainly on the hills, but rain will clear away eastwards later in the morning.

Yellow weather warnings from the Met Office also covered Wales and the south west on Saturday and both south west and south east England on Sunday. 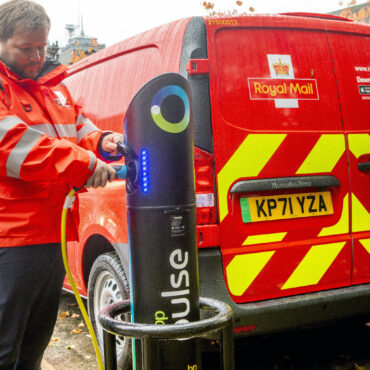 The delivery office is just a short walk across the River Clyde from the Scottish Event Campus, where Cop26’s delegates will meet Electric-powered posties are to turn Glasgow’s Govan Royal Mail delivery office green for Cop26. It will become Scotland’s first fully electric vehicle hub when the 13 vans and two micro vehicles replace its existing diesel fleet. First Minister Nicola Sturgeon welcomed the move and said: “With the eyes […]