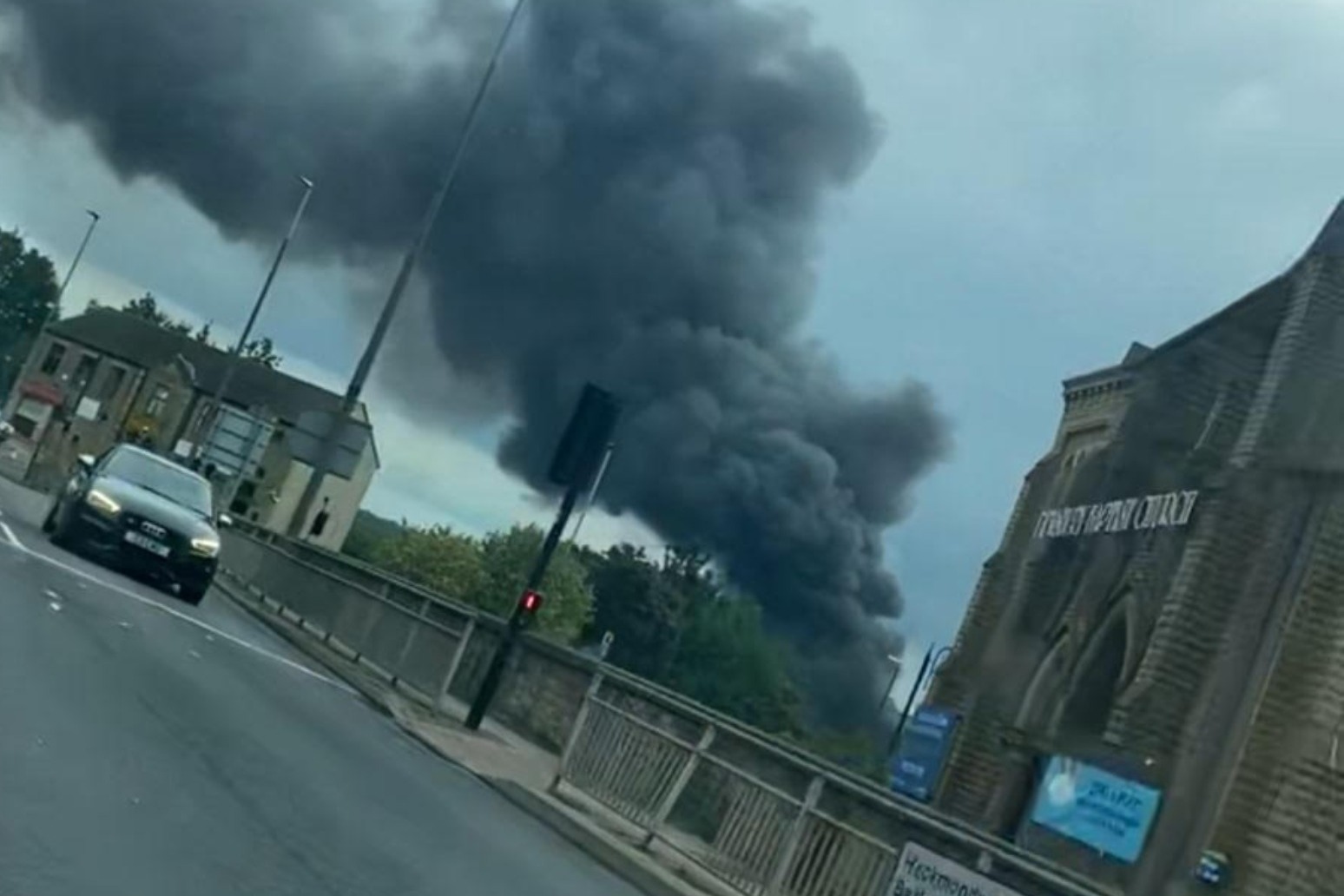 Firefighters are tackling a huge fire which has broken out on an industrial estate in Dewsbury, West Yorkshire.

Residents have been urged to avoid the area while fire crews try to bring the flames under control.

There are currently a dozen fire engines at the scene in Mill Street East, Savile Town.

Water is being pumped from the nearby canal to help extinguish the blaze.

West Yorkshire Fire and Rescue Service tweeted: “We currently have 12 fire engines & specialist units in attendance at a fire at an industrial unit in Saville Town #Dewsbury.

“All persons are accounted for.

“Please avoid travelling through the area.”

“There is no access to Mill Street East, Dewsbury, at this time.”

A number of people reported on social media having heard a “massive explosion” before the industrial unit burst into flames at around 5pm on Friday.

One Twitter user said: “There was a massive explosion in Dewsbury. Black smoke everywhere!”

Another wrote: “Somethings blowing up in Dewsbury.”

One man said: “I’m sat here a couple of miles away and heard a crescendo of loud banging, which I initially thought was a lorry carrying loose metal nearby. Looking outside after it got extremely loud, smoke was billowing in the horizon from the industrial estates near Mill Hill East.”

Plumes of smoke could be seen from the motorway, with one person tweeting: “Saw the massive plume of black smoke from the M1. Hope no one was hurt!”

Someone watching the emergency from a nearby pub said: “The pub just sent a case of beer cans to the firemen! Love this!

“Disclaimer: they are not drinking them, they put them away.” 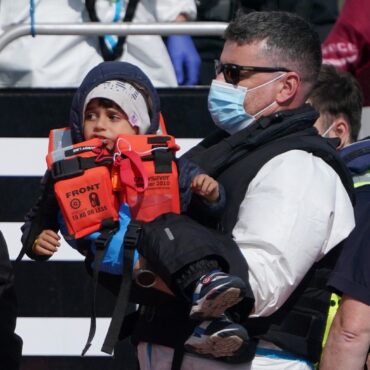 UK would not breach international law to tackle migrant crossings

The UK would not infringe international law in a bid to tackle the number of migrants crossing the English Channel from France, a Cabinet minister has insisted. Culture Secretary Oliver Dowden said his colleague – Home Secretary Priti Patel – is “rightly exploring every possible avenue” to address the situation, adding: “We have said that that will include looking at turning migrants back, but that will only be done in […]