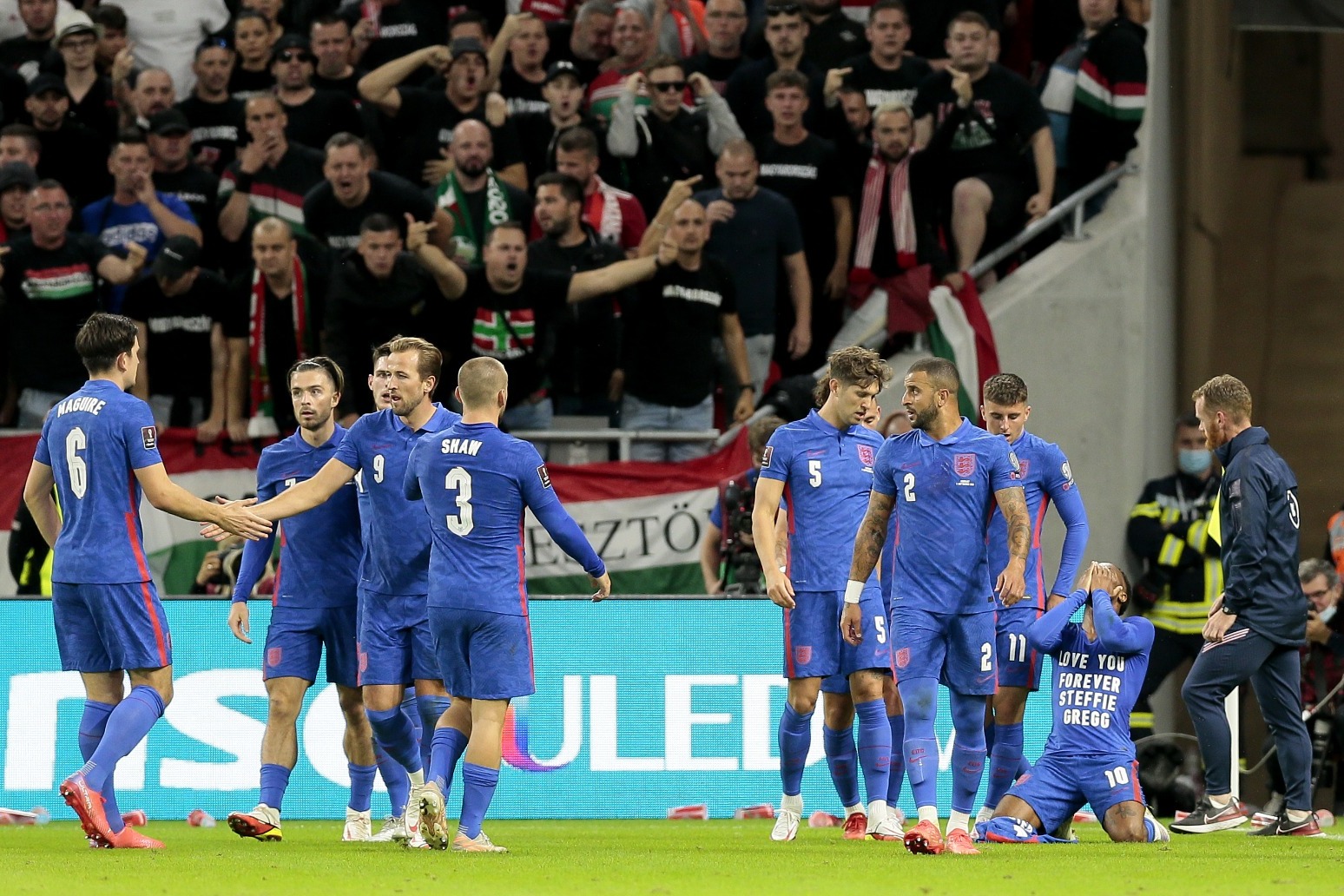 The Football Association has called on FIFA to investigate reports of racist abuse aimed at Raheem Sterling and Jude Bellingham during England’s World Cup qualifier in Hungary.

Hungary are to play two home matches behind closed doors, with a third game suspended, after being charged by UEFA over racist and homophobic chanting at Euro 2020.

But as Thursday’s match fell under FIFA’s jurisdiction, a full house was allowed into a match marred by bad fan behaviour.

Deafening jeers greeted England players taking the knee before kick-off and Sterling was pelted with missiles when celebrating the opening goal.

Further items were thrown on to the pitch, including a flare, with multiple reports of monkey chants being aimed at forward Sterling and substitute Bellingham as he warmed up.

The FA said in a statement: “It is extremely disappointing to hear reports of discriminatory actions towards some of our England players.

“We will be asking FIFA to investigate the matter.

“We continue to support the players and staff in our collective determination to highlight and tackle discrimination in all its forms.”

In 2019, England players were subjected to racist abuse in European Championship qualifiers in both Montenegro and Bulgaria.

England captain Harry Kane was unaware of any racist abuse in Hungary but said he would speak to his team-mates.

“I didn’t hear that,” he told ITV. “I’ll talk to the boys and see if they heard any of it.

“Look, we’ll have to report it to UEFA. If it’s the case then hopefully UEFA can come down strong.”

Jack Grealish said on social media that the atmosphere in the stadium was “unacceptable” and John Stones hopes action is taken.

“I personally didn’t hear it, I’ve been told about it after,” the England defender said.

“It is so sad to think that this happens at our games and I hope UEFA and whoever needs to take care of it does and I’m sure they will.

Stones added: “I think we definitely have the mindset of ‘let the football do the talking’ and tonight we did that.

“We celebrated our goals as if it is the last one we will score and that is an incredible thing to have as a team and as players.

“We love the game and are so passionate for the shirt and how we conduct ourselves on the pitch. It is our passion, let our football do the talking and that showed tonight.”

UEFA confirmed any action would be taken by FIFA as the world governing body appointed the referee and delegate.

FIFA has yet to respond to the PA news agency’s request for comment on the incidents in Budapest.

Kick It Out said it was “appalled to see the actions of some Hungary fans”.

Chief executive Tony Burnett said: “We stand proudly in support of the England players and staff, who once again acted with strength, grace and integrity in the face of racism that has no place in our game or our society.

“This is not the first incident like this in Hungary, so we urge FIFA to investigate this matter urgently.

“Those responsible need to be held to account and steps need to be taken to ensure scenes like (this) are not repeated.” 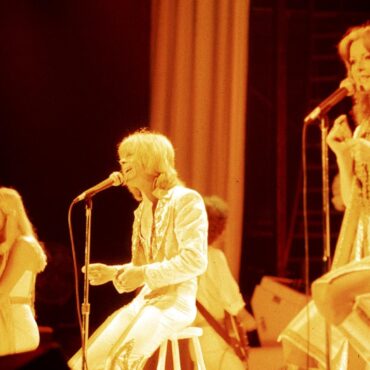 Abba have announced their first album in 39 years and debuted two new songs. The Swedish band – Bjorn Ulvaeus, Agnetha Faltskog, Benny Andersson and Anni-Frid Lyngstad – also unveiled plans for a high-tech concert show featuring digital versions of themselves. Both projects will be titled Abba Voyage and the album will consist entirely of new material recorded by the quartet, known for hits such as Dancing Queen, Super Trouper […]