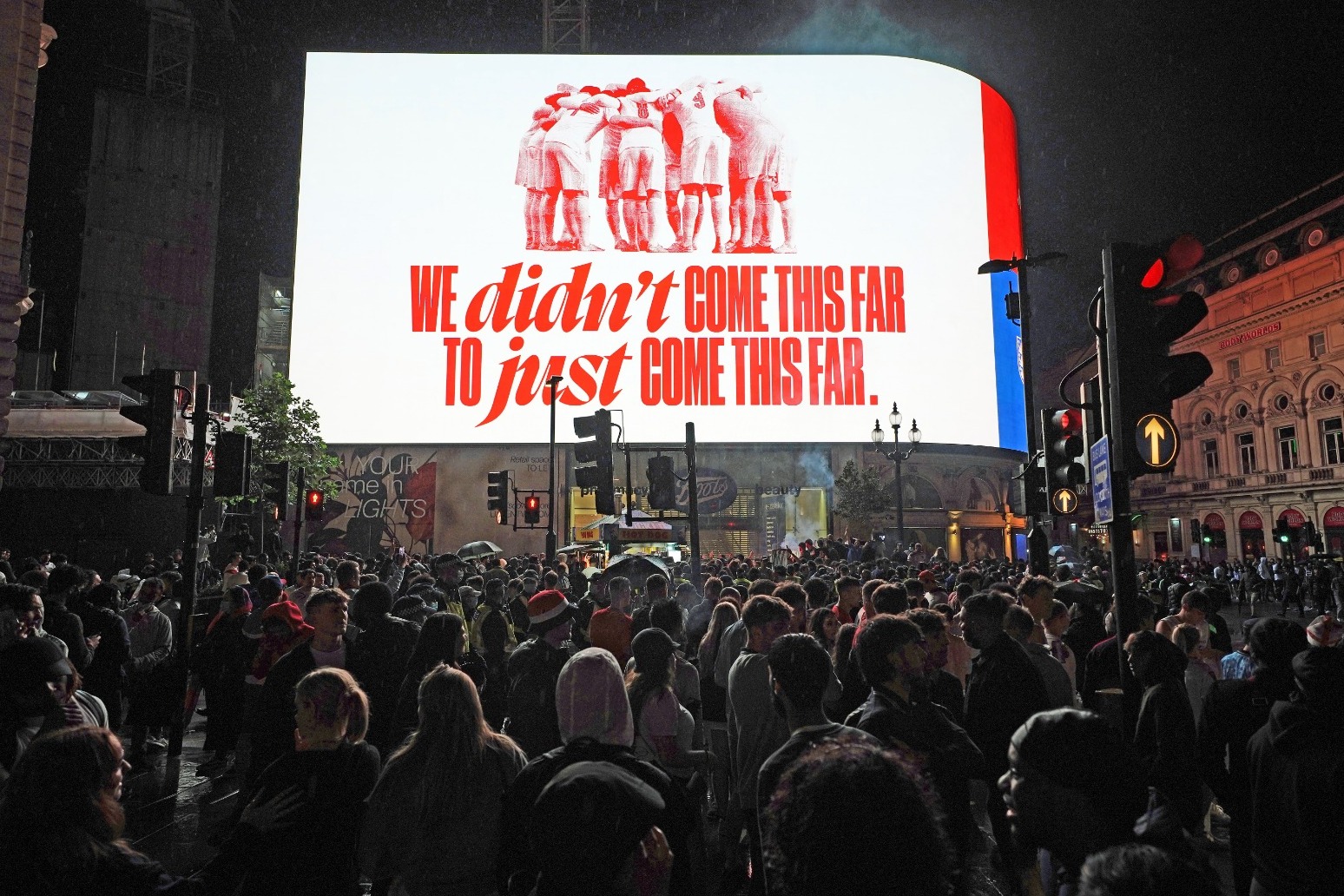 England footballers have been hailed as heroes who should be “so proud” of themselves for their efforts in a historic Euros campaign which ended in defeat after a nail-biting penalty shootout.

Fans were left devastated when the nation’s dreams of being crowned champions of Europe in front of a home crowd at Wembley Stadium were crushed in the final seconds on Sunday night.

Italy ended the Three Lions’ bid for glory with a 3-2 victory on penalties in London, in a game which had earlier seen ticketless fans breach security to get into the stadium.

The squad carried the hopes of the entire country as the England team reached their first major final in more than half a century.

The players should be “so proud” of themselves for their efforts, the Duke of Cambridge said, while Prime Minister Boris Johnson said they “deserve great credit”.

William, who was at the match with the Duchess of Cambridge and their son Prince George, urged the players to “hold your heads high”.

In a tweet from the KensingtonRoyal account, signed W, William congratulated the Italian football team on their win.

He wrote: “Heartbreaking. Congratulations @Azzurri on a great victory. @England, you’ve all come so far, but sadly this time it wasn’t our day. You can all hold your heads high, and be so proud of yourselves — I know there’s more to come.”

Mr Johnson, who was also at the match with his wife Carrie, tweeted: “That was a heartbreaking result to end #Euro2020 but Gareth Southgate and his @England squad played like heroes.

“They have done the nation proud and deserve great credit.”

England’s early lead, putting them 1-0 up just two minutes into the first half and prompting ecstasy from the crowd including a beaming Prince George, was not enough to clinch victory as Italy equalised in the second half.

After the match, riot police could be seen breaking through crowds outside Wembley Stadium as fans departed.

Beer bottles were thrown amid chants against Italy and the Metropolitan Police said there had been 49 arrests by officers policing the final, with 19 officers injured “while they confronted volatile crowds”.

The force said: “A number of officers remain on duty, helping fans leaving Wembley or central London. We are there to look out for your safety.”

Police also confirmed they are investigating after footage was posted online appearing to show people being punched and kicked inside the stadium.

A security breach ahead of the match saw a “small group” of people get into the stadium without tickets, prompting officials and police to work together in efforts to identify and remove them.

The Football Association denounced those who forced their way in as “an embarrassment” and vowed to work with authorities to “take action” against them.

In a statement posted on Twitter, a spokesperson said: “We strongly condemn the behaviour of a group of people that forced their way into Wembley Stadium before the EURO 2020 Final. This is entirely unacceptable.

“These people are an embarrassment to the England team and to all of the true fans who wanted to enjoy one of the most important matches in our history.”

Elsewhere “gutted” fans said they remained proud of the team after the penalty defeat.

At the PaddyPark fans zone in Newcastle, Jake Shepherd, a 19-year-old project coordinator, said he was “gutted” but the tournament run “sets us for the World Cup – who says we cannot win it?”.

Student Jack Brown, 18, said: “I’m sad we lost but they have done so well. 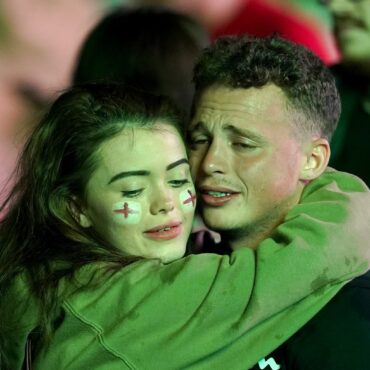 England's dreams of a Euro victory at Wembley have been crushed. England’s dreams of an historic Euros victory in front of an exuberant home crowd have been dashed in a nail-biting penalty shootout. Italy ended the Three Lions’ bid for glory with a 3-2 victory on penalties at Wembley in the nation’s capital, which had earlier seen ticketless fans breach security to get into the stadium. England’s early lead, putting […]