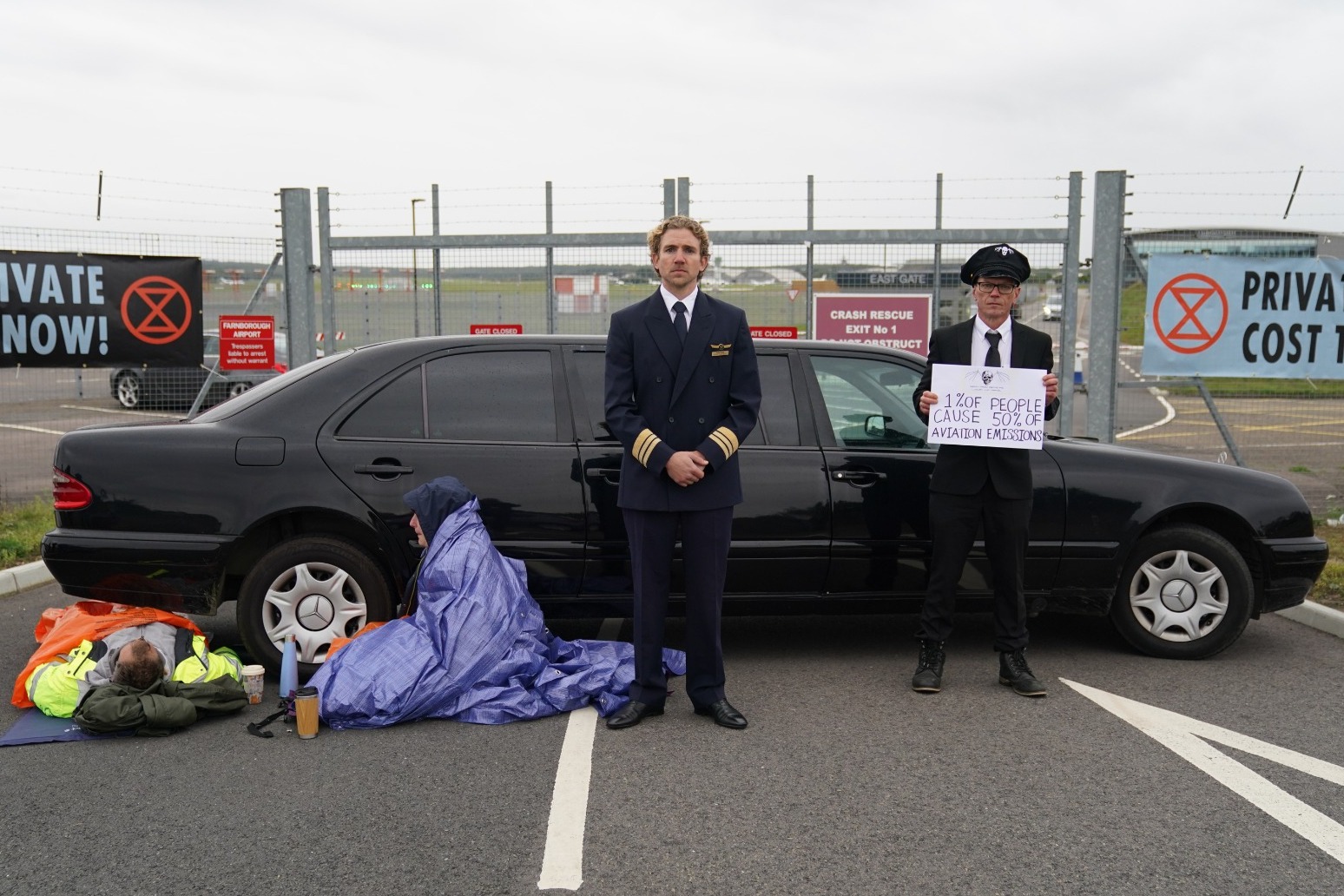 Extinction Rebellion activists claim to have blocked all major entrances to a private airport in protest against emissions from private jets.

A stretch limousine has been parked at the gates to Farnborough Airport in Hampshire as part of the protest.

The protesters, including a former airline pilot, are raising awareness of the emissions caused by private flights.

An Extinction Rebellion spokesman said: “As world leaders gather for the Cop26 climate summit in Glasgow this month, protesters are calling on the world’s super-rich elite of celebrities, oligarchs and business leaders to ditch private flights.

“These private flyers, just 1% of the world’s population, cause half of aviation’s global emissions. Extinction Rebellion is also demanding the Government stops private flights now.

“The 30,000 private flights to and from Farnborough Airport each year carry an average of just 2.3 passengers, with each passenger responsible for the emission of nine times as much carbon as an economy flight to the US and 20 times that to Spain.

“The airport has permission to increase flight movements to 50,000 a year.

“In protest at this wanton level of pollution by the super-rich, Extinction Rebellion has today blockaded three key airport entrances, with activists locked on top of a three-metre high steel tripod at one gateway and to fuel barrels at a second.

“The third entrance is barricaded by a stretch limousine, with the driver locked on to the steering wheel and a protester dressed as a media mogul glued to the roof.”

He said: “The term ‘sustainable aviation fuel’ was coined by the aviation and fossil fuel industry to deceive the public and greenwash the utterly destructive nature of biofuels.

“Biofuels result in land grabs, deforestation, biodiversity loss, water scarcity, rising food prices and land-use emissions which can be worse than the fossil fuel they are replacing.”

A spokeswoman for the airport said: “Farnborough Airport is aware of a number of unauthorised persons gathering at the entrance to the airport. The airport is still fully operational. Authorities are continually monitoring the situation.”

A Hampshire police spokesman said: “We can confirm that officers are at Farnborough Airport where a protest is taking place.

“Everyone has the right to free speech and protest. We have a long history of facilitating peaceful protest and upholding the right to protest, while balancing it with the rights of others, keeping the public safe, preventing crime and disorder, and seeking to minimise disruption.

“At this time no arrests have been made.” 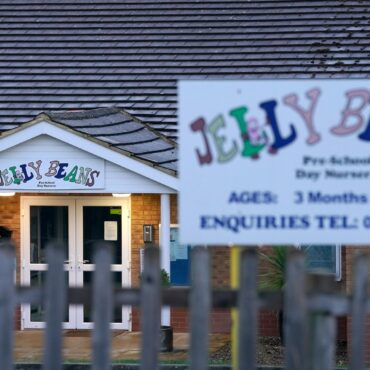 Nursery closed after death of child

A nursery has been closed amid “serious safeguarding concerns” following the death of a child. Jelly Beans Day Nursery in Ashford, Kent, was closed by Ofsted after an infant suffered a medical emergency on September 23 and later died. Further details about the child’s death have yet to be revealed as investigations continue. A statement from the nursery said: “Following a medical emergency at the nursery involving a child on […]