Survivors of historical abuse at Celtic Boys Club are joining together to launch group legal action for damages against Celtic FC.

Thompsons Solicitors Scotland, which represents around 25 abuse survivors from the boys club, is using new powers which came into law last year to bring the proceedings.

It has now placed a notice in the Daily Record newspaper stating that it intends to ask the Court of Session to make an order granting permission for group proceedings to be brought by or on behalf of various clients against Celtic Plc, and calling for other people who want to part of the proceedings and make a claim to contact them.

The new group proceedings powers allow two or more people with claims which are the same, similar, or related to raise proceedings in a single action in court.

Patrick McGuire, partner with Thompsons, told the Daily Record: “This is completely unique. I know of no other group actions, or involving such a large number of claimants, against any other club in Europe.”

He added: “This case will be about whether Celtic FC are legally responsible for abuse that took place at the boys club.

“Group proceedings are a very new part of the Scottish system, introduced by an Act of Parliament, and we’ve looked at the rules and taken the view they’re our most appropriate vehicle.”

A number of senior figures at the boys club, which was not formally affiliated with Celtic FC, have been jailed for sex abuse.

The club has previously said that it is “appalled by any form of historic abuse”.

The latest legal action comes after Thompsons last year launched two “test cases” at the Court of Session brought against Celtic by victims.

Mr McGuire said the question of perhaps including the test cases in the group action was “actively under review”. 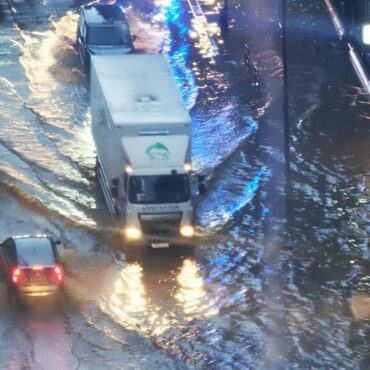 Heavy rain is set to hit northern areas of England on Tuesday following flash flooding in the south overnight. Dozens of flood alerts are in place throughout the day at scattered locations across the UK after commuters captured images of London buses ploughing through floodwater on Monday night. The Met Office has issued a yellow weather warning for rain covering northern areas of England until 10pm. Meteorologist Grahame Madge has […]