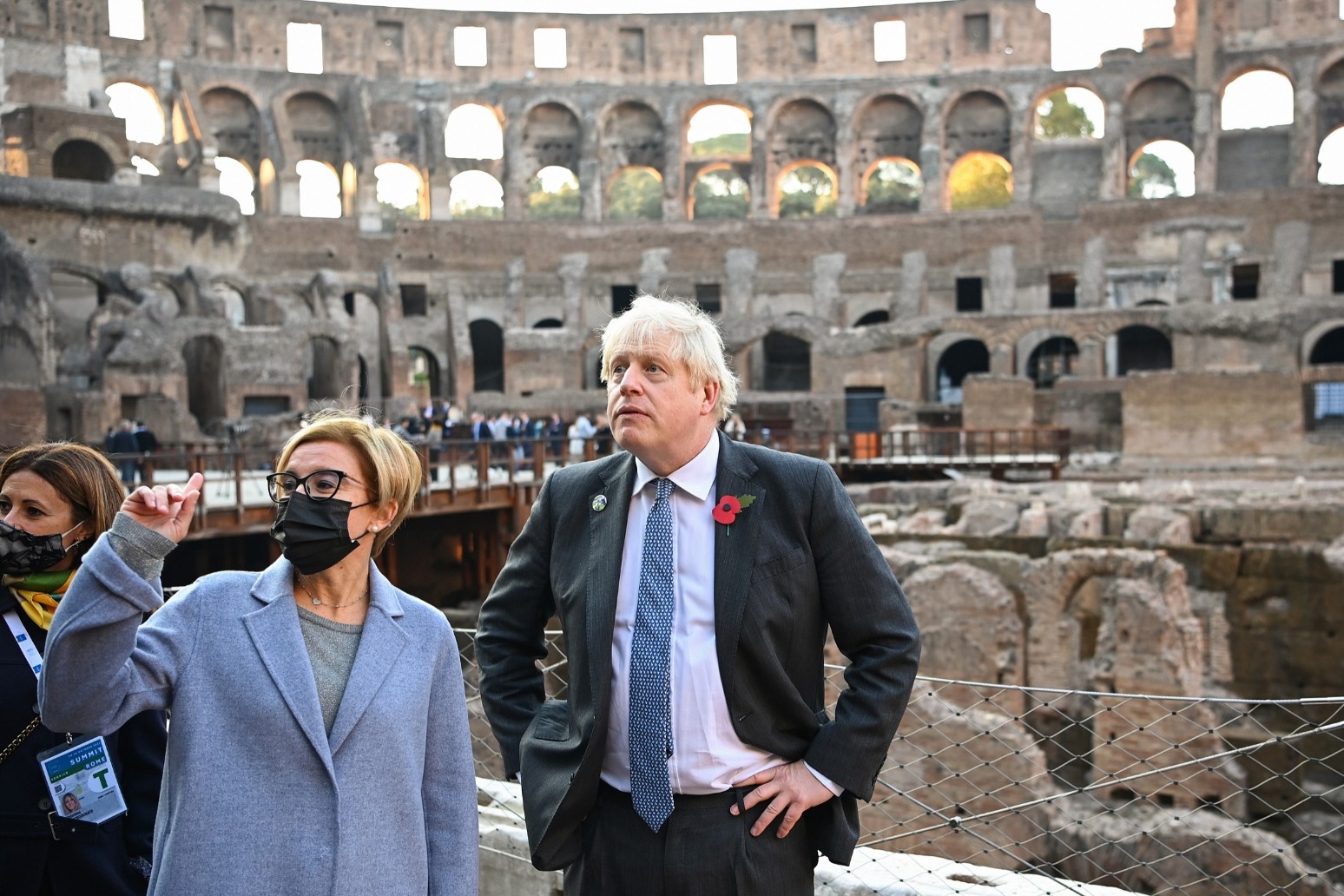 The world could be heading for a new “dark ages” if it fails to tackle global warming, Boris Johnson has warned as he appealed to the world’s leading economies to do more to cut emissions.

Standing in Rome’s Colosseum, the Prime Minister likened the impact of unrestricted climate change to the fall of the Roman Empire.

“Civilisation could go backwards and history could go into reverse,” he said in an interview with Channel 4 News.

“Here we are in the Colosseum of Vespasian, the Roman Empire, they weren’t expecting it and they went into reverse.

“We had a Dark Ages.

“It’s important to remember things can get dramatically worse.”

Mr Johnson was in the Italian capital for a summit of the G20 leaders ahead of the crucial Cop26 climate change talks which start in Glasgow on Monday.

In a round of broadcast interviews he acknowledged that reaching an agreement that would keep alive the hope of restricting global warming to 1.5C would be difficult.

But he used the dramatic historical backdrop to underline the dire consequences for the whole of humanity if they failed.

“If you increase the temperatures of the planet by four degrees or more as they are predicted to do remorselessly, you’ll have seen the graphs, then you produce these really very difficult geopolitical events,” he told Channel News.

“Those are things that are going to be politically very very difficult to control.

“When the Roman Empire fell, it was largely as a result of uncontrolled immigration.

“The Empire could no longer control its borders, people came in from the east, and we went into a Dark Ages.

“The point of that is to say it can happen again.

“People should not be so conceited as to imagine that history is a one-way ratchet.”

The Prime Minister said that he still rated the chances of success in Glasgow as no more than six out of 10.

He said the aim had to be to build on the commitments made in the Paris agreement six years ago and turn them into concrete realities.

“What the UK has been trying to do is take the abstract concepts of net zero that we talked about in Paris six years ago, and to turn them into hard, sharp deliverables in terms of reducing coal use, reducing the use of internal combustion engines, planting millions of trees and getting the cash that the world needs to finance green technology,” he told the BBC.

Speaking to ITV News he added: “We have a moment now when we can try and take some of the nebulous commitments in Paris, solidify them into hard, fast, commitments to cut emissions, to cut cars and coal and so on.” 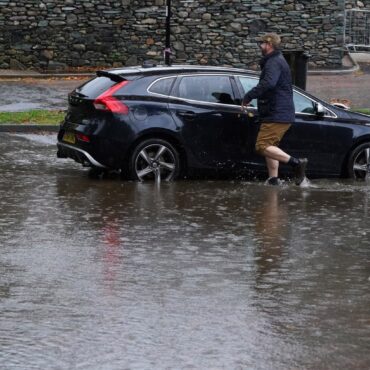 A dozen flood warnings are in place for Scotland after several days of heavy downpours. The extreme rainfall has caused major damage, with two bridges spanning the River Annan being washed away and firefighters being called to a rescue operation in Whitesands, Dumfries. The Met Office yellow weather warning is in place until 12pm on Saturday. Another alert for heavy rainfall has been issued for most of Sunday until 6am […]