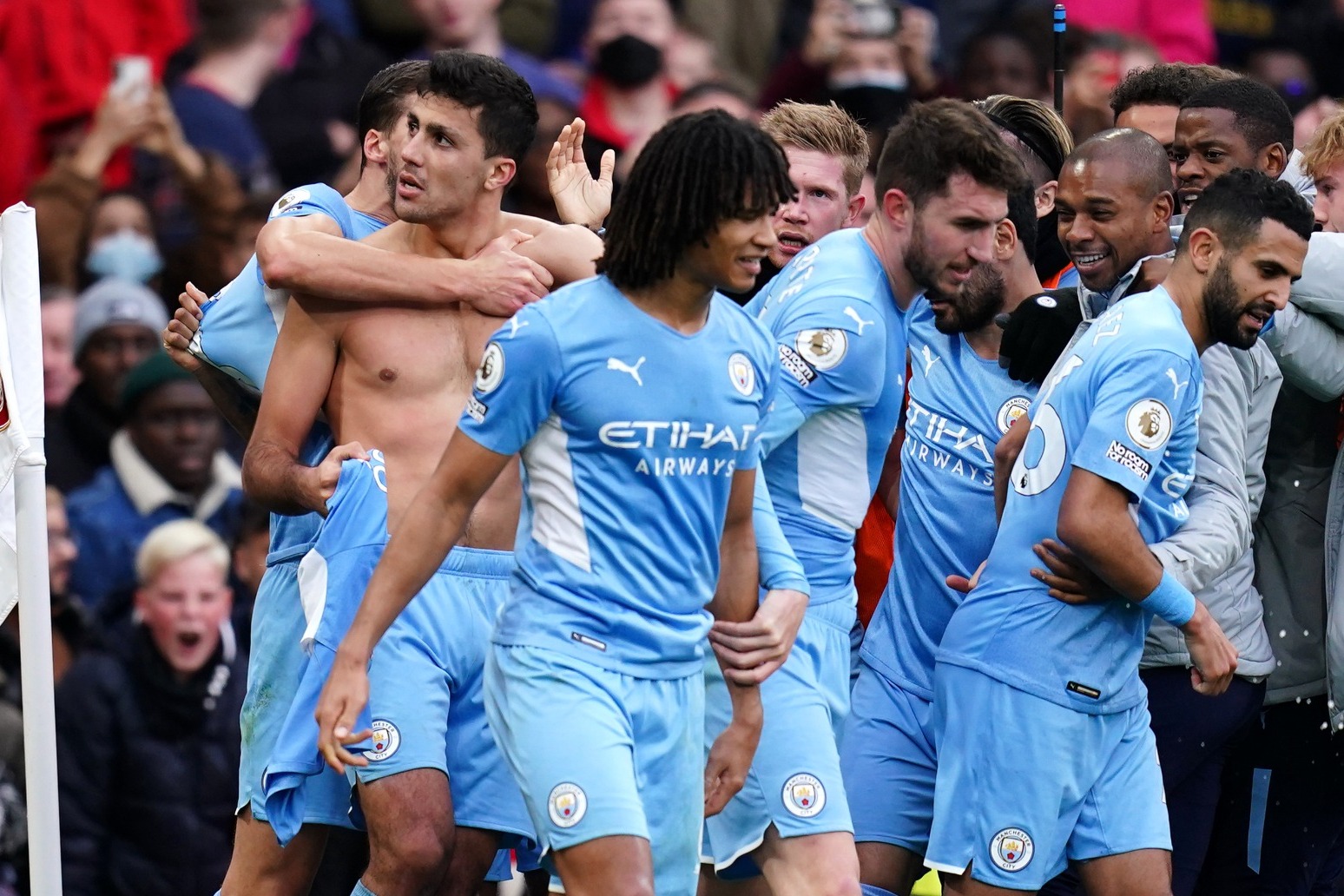 City had not been at the races until they were awarded a penalty on 57 minutes, with Riyad Mahrez converting to cancel out Bukayo Saka’s opener before Rodri struck in stoppage time to secure a 2-1 victory.

An ill-tempered affair had seen Gabriel Magalhaes sent off after being booked twice inside two minutes, with Arsenal unable to hold on for a deserved point.

Arsenal have a recent woeful record against City, having taken just one point from their previous 11 meetings between the sides heading into the first Premier League fixture of 2022.

But, even with manager Mikel Arteta watching on from home having tested positive for Covid, the Gunners were the better side until they imploded in a bizarre three-minute spell.

The contentious issues of the afternoon revolved around the decision of VAR to suggest referee Stuart Attwell look at the pitchside monitor for a foul from Granit Xhaka on Bernardo Silva – leading to the City penalty being awarded.

In the first half, VAR had ruled Attwell was correct not to award Arsenal a spot-kick for an Ederson trip on Martin Odegaard, without calling the official over to the monitor.

“I’m upset that we don’t end up with three points in this game, that is the most frustrating part,” Stuivenberg said.

“At the same time we are very proud about the performance of the players, there are some moments that decided the game.

“The moment with Odegaard, I think it is a clear penalty but at least a moment for the referee to check (on the monitor), it happened in the second-half with their penalty which is not really consistent and then of course the sending off was an important moment after that.”

Gabriel was seemingly booked for scuffing the spot before Mahrez tucked home the penalty but Stuivenberg gave a different reason having spoken to the defender after the defeat.

“It is not what the players were telling me, he made a remark to the referee and the other players confirmed that,” he said, when asked about Gabriel’s first yellow card, his second coming under two minutes later for a clear-cut foul on Gabriel Jesus.

“It was just a normal comment and he was shown a yellow card. It doesn’t matter at the end, if you have a yellow card you have to control your emotions a little better.

“He mentioned to me that (the comment was) about the first penalty moment, about Odegaard and what happened there, no dirty language was used, just a comment.

“It is a moment where young players still have to learn and we have a lot of young players, that is part of the process.”

Gabriel will now be suspended for the first leg of Arsenal’s Carabao Cup semi-final against Liverpool on Thursday, while Stuivenberg admits it is unclear whether Arteta will return to the dugout.

“We don’t know how this virus always develops. So we first have to be testing negative, of course, to come back in.”

But the City boss conceded his side had been second-best having had less time to prepare than their hosts.

“They were better,” he said.

“They had six or seven days from Norwich, we had two and a half from Brentford going back to Manchester and coming back. And we didn’t have energy, that is why we tried to put one more player in midfield, for control.

“We know what it means to win at the Emirates against Arsenal in the moment they are. It was difficult, now we find time to rest – 11 games in a row, that is great in this period. Just take a look at our bench today, there were four guys from the academy.

“We had many cases of Covid and injuries. This period we were incredibly tired. Arsenal was better today. Sometimes it can happen.” 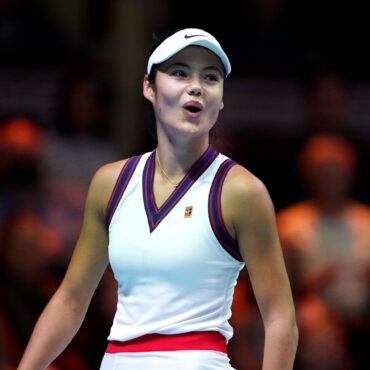 Emma Raducanu has withdrawn from this week’s Australian Open warm-up tournament in Melbourne as she continues to recover from coronavirus. The US Open champion had been due to play in the Melbourne Summer Set as part of her preparations for her debut in the grand slam event. But the 19-year-old, who withdrew from an exhibition in Abu Dhabi last month after contracting the virus, said the first warm-up event had […]