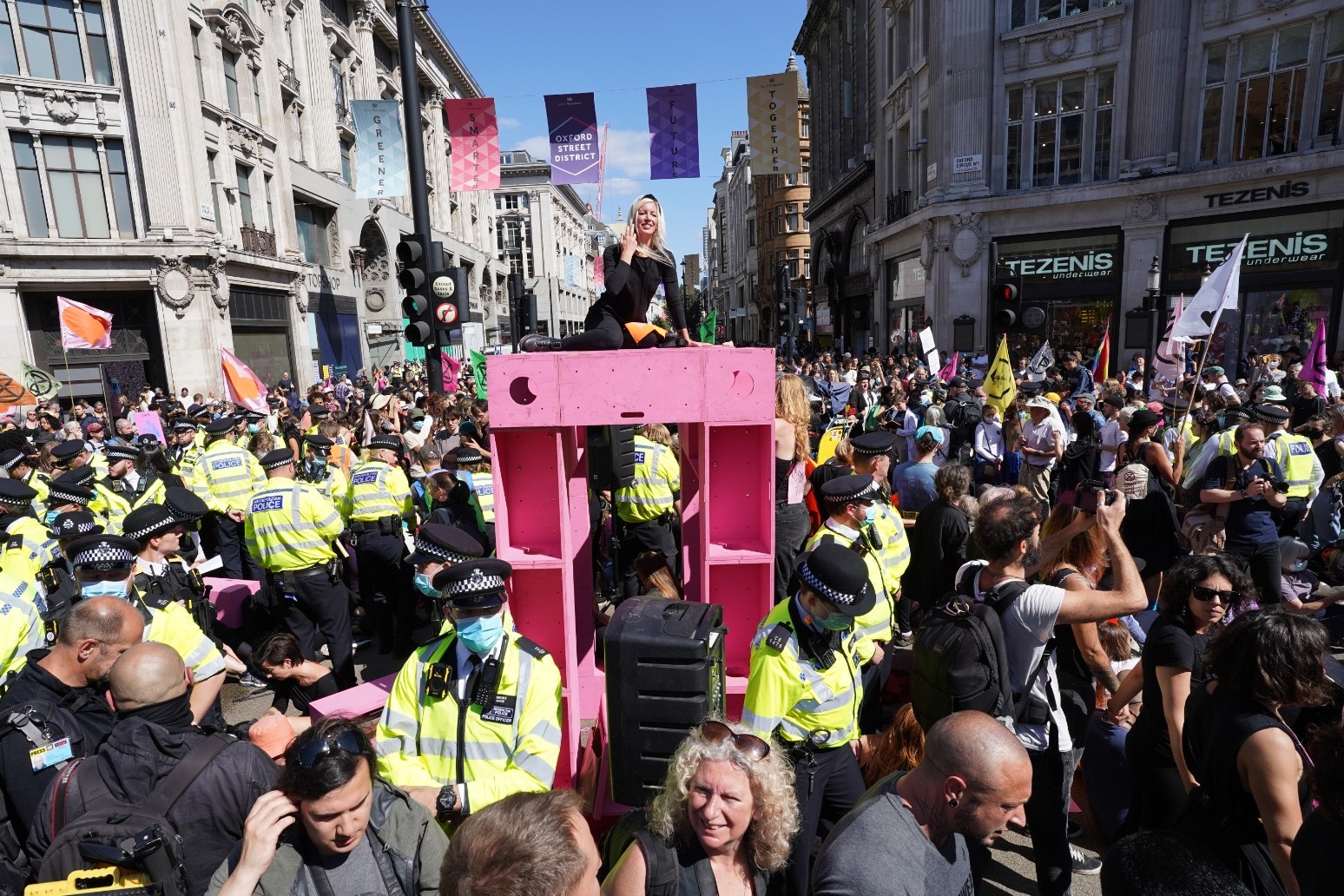 More people have been inspired to take part in the Extinction Rebellion protest following the UN’s Intergovernmental Panel on Climate Change (IPCC) report, according to activists.

Liam Geary Baulch, who helped launch Extinction Rebellion in 2018, said the group saw a jump in donations from people after the document was published on August 9.

The report gave a stark warning and outlined that human-caused climate change, which has pushed up global temperatures by 1.1C, is driving weather and climate extremes in every region across the world.

Mr Baulch told the PA News Agency: “Last week £100,000 was raised in crowdfunding in just 24 hours ahead of the two weeks of protests in London.

“With the IPCC report just coming out, a lot of people have been reignited with the urgency of taking action on the climate and ecological emergency and are aware that, now it’s more safe for everyone to come to London [due to coronavirus restrictions being eased].”

He added: “We are again running groups all over the country and people are being encouraged to come down to London… When they’re here they are all involved with different kinds of protests, all with the aim of like really inviting people to get in and come and talk with us.”

Thousands of people have taken part in protests around London since Sunday where they have listened to speeches and paraded through the city streets.

On Tuesday, a large pink table was erected in Seven Dials, which encouraged people to “come to the table” and discuss issues such as the impact of fossil fuels on the Earth.

Wednesday saw activists from Money Rebellion, an offshoot of Extinction Rebellion, gather at the Department for International Trade and hold a mock awards ceremony where a “Charred Earth” award was given to the department.

Money Rebellion said the “ironic award” was “presented to those who are making an outstandingly awful contribution to climate change”.

Other activists gathered at the Brazilian embassy to show solidarity with indigenous people in the Amazon Rainforest, while women assembled in Piccadilly Circus to talk about the environmental crisis.

Later on Wednesday afternoon, more than 40 women blocked the Oxford Circus junction and erected the table with chairs as part of the “come to the table” protest.

The chairs were left empty to represent an invitation to all those who identify as female, nonbinary or trans.

The Metropolitan Police said in a statement on Twitter: “Officers have intervened when protestors were building a structure at #OxfordCircus. Some individuals have glued themselves to the structure, specialist officers are working to support their removal.

“There will be some disruption to traffic in the area as roads are currently blocked, which we are working to reduce.”

The demonstrations continue next week, when the activists will protest against the links between “big finance, fossil fuels and the fossil of politics that is Westminster”.

At least 10,000 people have gathered at the protests and 118 arrests have been made for a variety of offences during the demonstrations.

The man who featured as a naked baby on the famed cover of Nirvana’s 1991 Nevermind album has sued the band for alleged child sexual exploitation. Spencer Elden was four months old when he was pictured in a pool at a swimming centre in Pasadena, California. He was shown naked underwater while appearing to be following a dollar bill being pulled along on a fish hook for what has become […]